THE OPPORTUNITY OF A LIFETIME:

Back in March 2003, I received a call from a friend saying that my name had been put forward for the lead role in a  summer season production of Buddy. After a few phone calls, it was arranged for me to attend an audition in London. To cut a long story short, I passed the audition and was duly offered the part and, before I knew it, I was on the Isle of Man meeting a whole new set of people, actors, singers, musicians etc., and being part of a production that has achieved worldwide acclaim.

After two weeks of rehearsals we were ready for opening night. It went exceptionally well and what followed was a month of shows, five nights a week. Every night we were met by an enthusiastic audience and, with the help of my fellow artists who were nothing but supportive of me, my first leading role was a complete success. If you haven't seen the Buddy show, catch it if you can. Whether I'm in it or not, I'm sure you won't be disappointed. 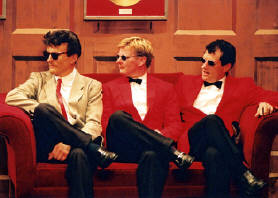 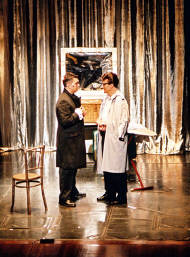 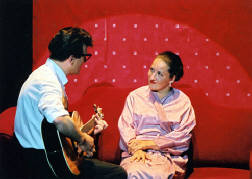 Letter from the head of production of Buddy - The Buddy Holly Story, dated 27th August 2003

I want to thank you for being Buddy and very much hope you enjoyed it. It was certainly a most exciting production to present and I was delighted and thrilled with everyone's participation. I can't tell you how pleased I was with your own performance, which was wildly beyond all my personal expectations in both your acting of the part and of course the voice and musical presentation. It was truly superb.

Many thanks once again and best wishes and I very much hope we will have the pleasure of working together again. 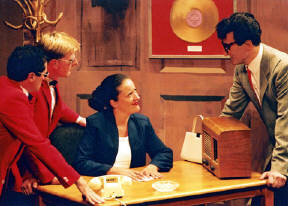 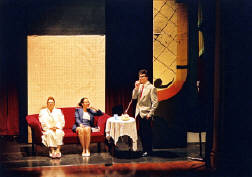 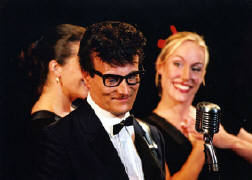 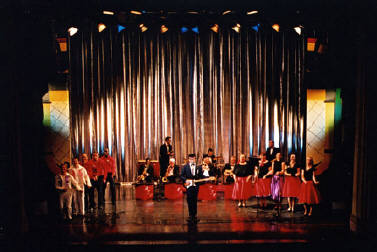 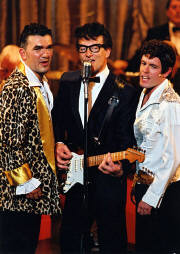